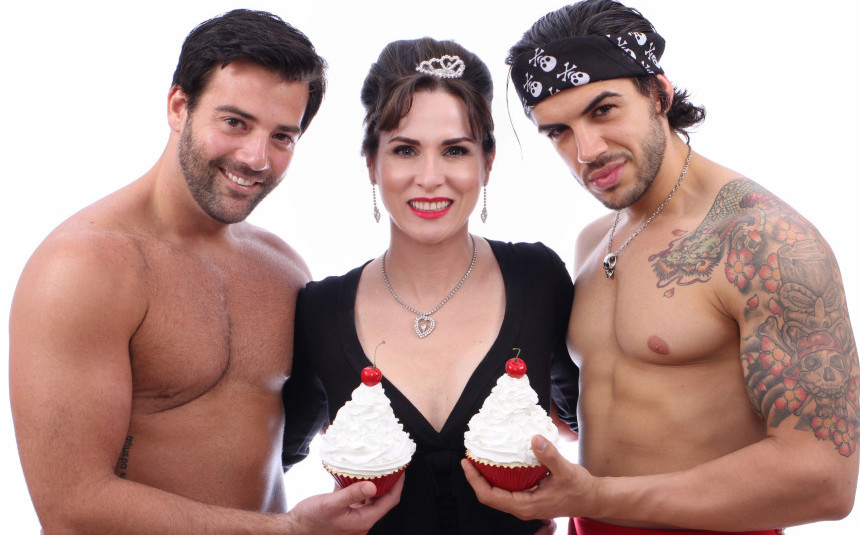 BEING BAD NEVER TASTED SO GOOD!

This unique book reveals the seductive power of the humble cupcake. Man Candy and Cupcakes features forty of the most flirtatious cupcake recipes of all time photographed alongside four fantasy bakers. The Cupcake Cowboy’s country-inspired confections will take your taste buds on a Bronco-busting ride. This sugar-toting sheriff will arrest your taste buds with his Chocolate Bourbon-spiked cupcakes; while the Lonesome Cowboy will make you want to have a roll in the hay with his Salted Caramel Cupcakes.

The Castaway Cupcake will introduce you to a world of forbidden flavors. His holiday-inspired treats will take you from the beach to the wet bar as you flirt over Margarita Cupcakes with Lime Cream Cheese Frosting, and then get the mercury rising with his mouthwatering Chile Chocolate Cupcakes. His exotic confections will make you feel as if you are amongst the swaying palms and white sands of the Caribbean.

The Bad Boy Baker’s risqué recipes take you from the back of his Harley to the bar. It’s Fifty Shades of Baking. Perhaps start with his sinful Velvet Vice Cupcake with Cognac-spiked cream cheese frosting and then head to the bar for his Death by Chocolate Mudslide cupcake. If this insane amount of chocolate baking Nirvana doesn’t get your head in a spin then the Kahlua and Bailey’s buttercream frosting will. if you need a little hair of the dog then don’t worry; his Morning After Coffee and Donut Cupcakes will give you the energy to do the walk of shame without shame.

After all that naughtiness, you will enjoy a little homespun goodness with our Baker Next Door. This brown-eyed baker will make you melt with his sentimental and nostalgic cupcakes from Cookie Dough Cupcakes to Strawberries and Cream. The Baker Next Door is not afraid to show his soft side with his cutesy creations. This is a Baker you will want to take home to meet mom. Let him enchant your family with is Good Guy Vanilla cupcakes but then go nuts later with his Naughty Nutella cupcake. If you end up falling for this sugar-spun heart-throb, then he may pop the question with a Six-Carat Cupcake.

When Babe Scott isn’t baking up a storm, she loves entertaining. This party diva shares her secrets to throwing sizzling soirées on a shoestring without any stress or even any cooking skills in her book The Lazy Hostess This luminous tome shows even the most domestically challenged diva how to make easy, inexpensive party food and simple signature cocktails.  Babe believes the hostess should be the hottest thing to come out of the kitchen. After all, no self-respecting party queen wants to be upstaged by her hors d’oeuvres. With that in mind, The Lazy Hostess also gives advice on primping and preening and dressing to thrill. Babe also tells you how to up the testosterone ratio. After all, what’s a party without some frisson and flirtation?

This femme fatale of frosting is also a card-carrying manthropologist, having previously authored Delicious Dating, a book that reveals what you can tell about a man’s bedroom style from his dining style. Babe’s in-depth study of the male species via their stomachs has helped her hone the art of putting the flirt into food. This kitchen vixen will show you how to harness the power of your pantry and transform it into a weapon of mass seduction! 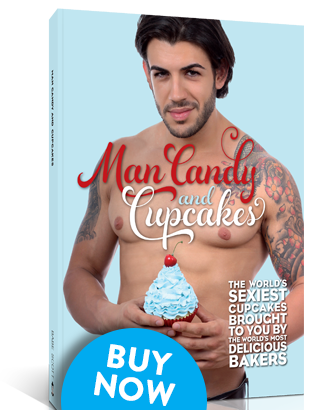 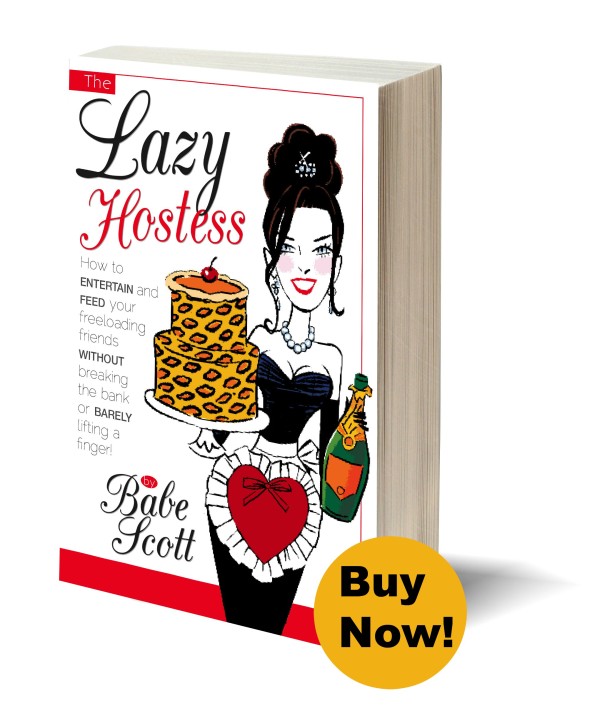